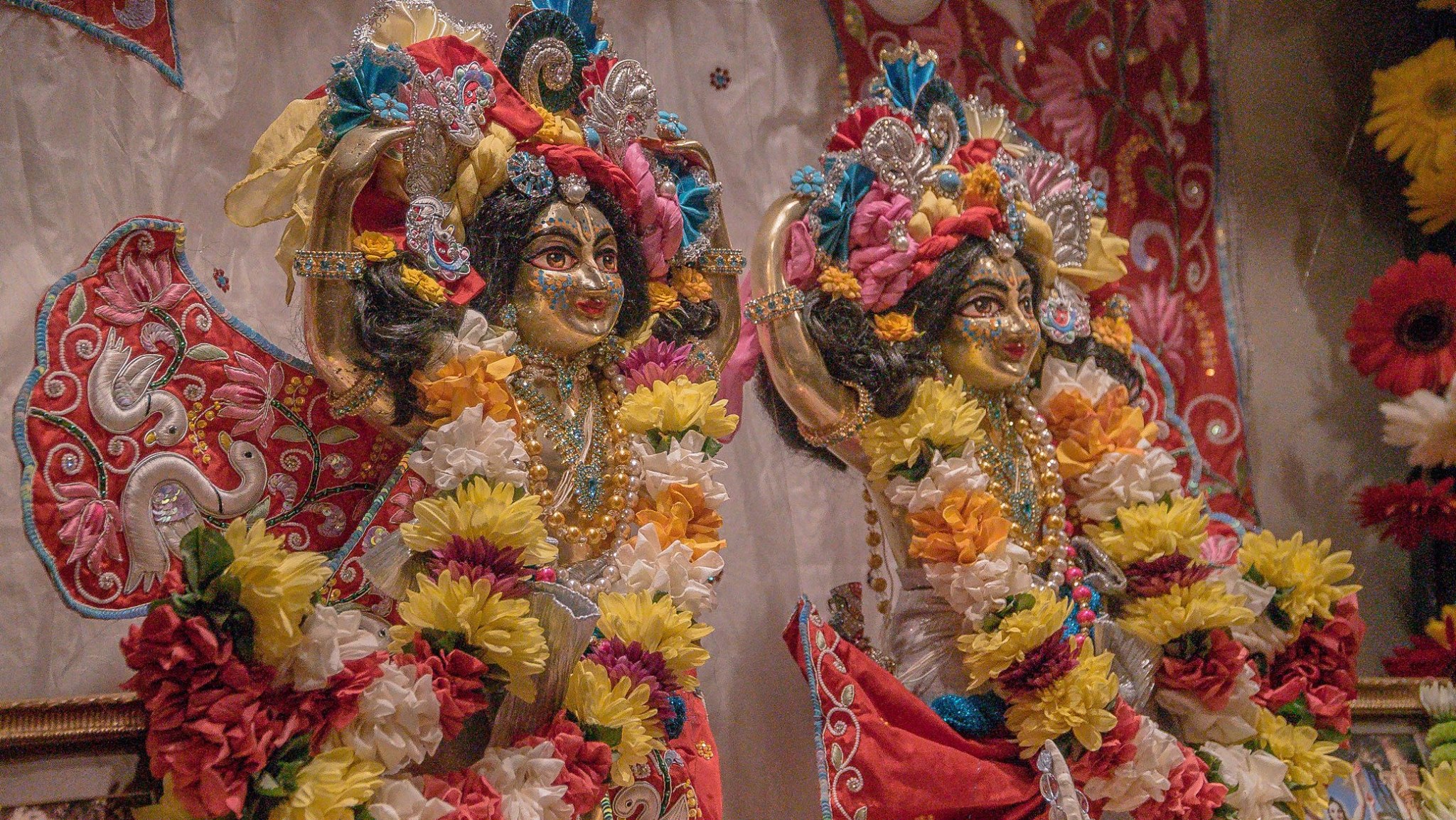 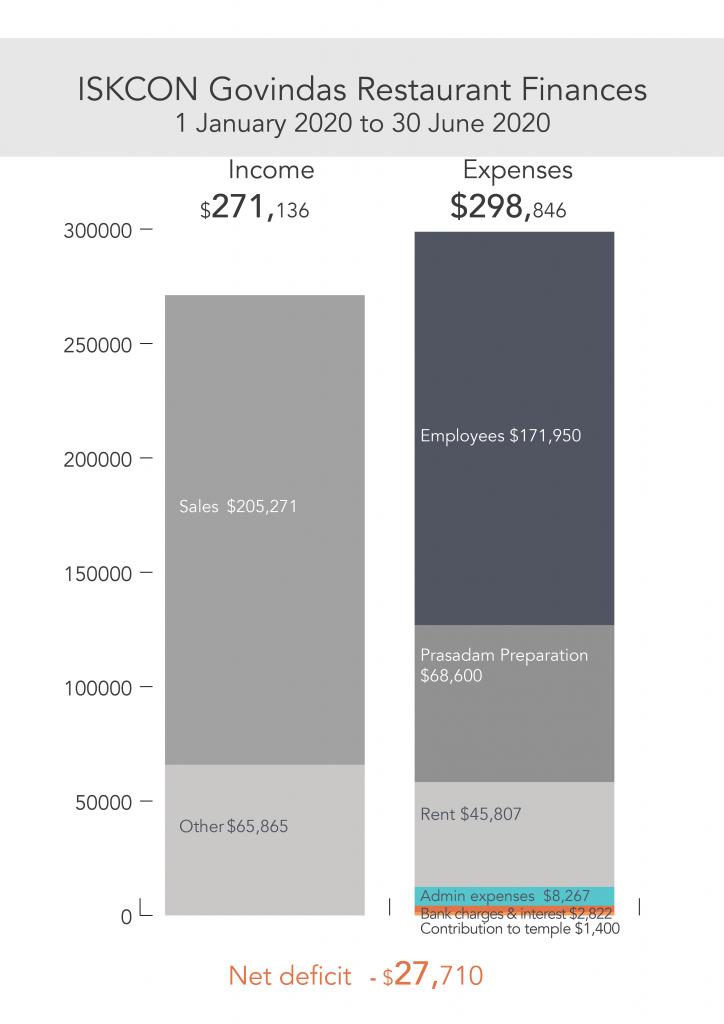 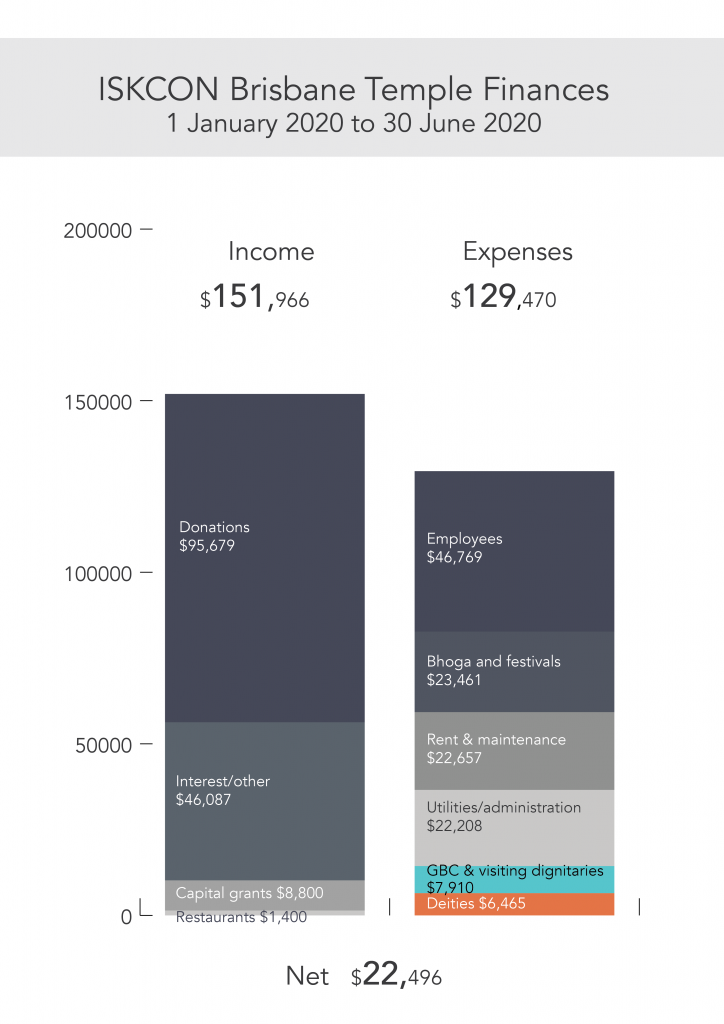 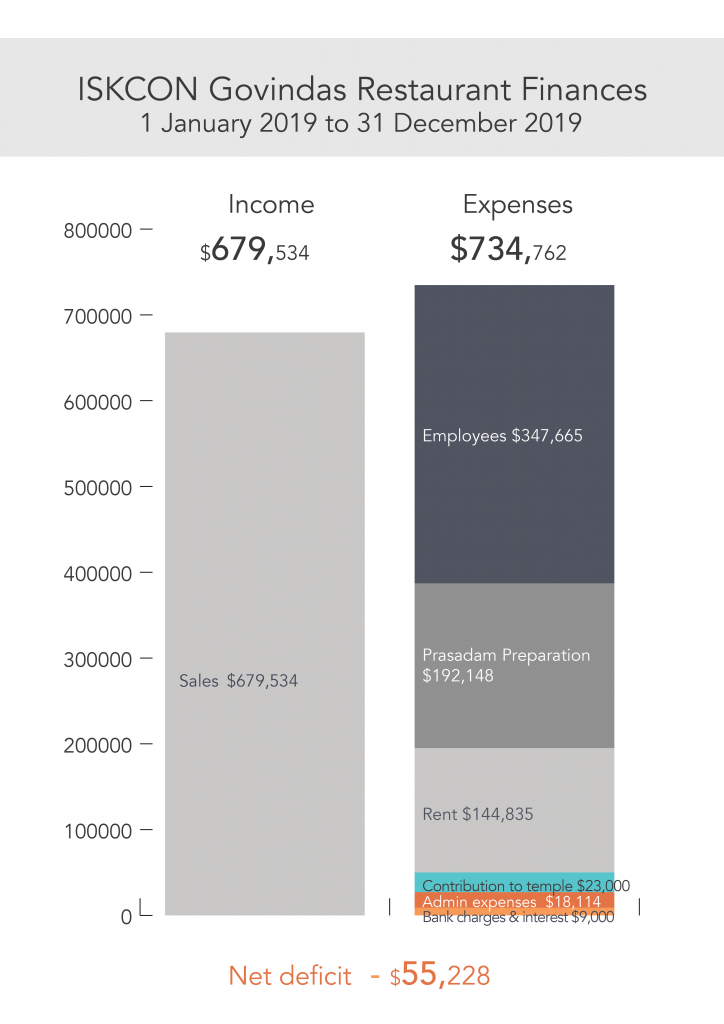 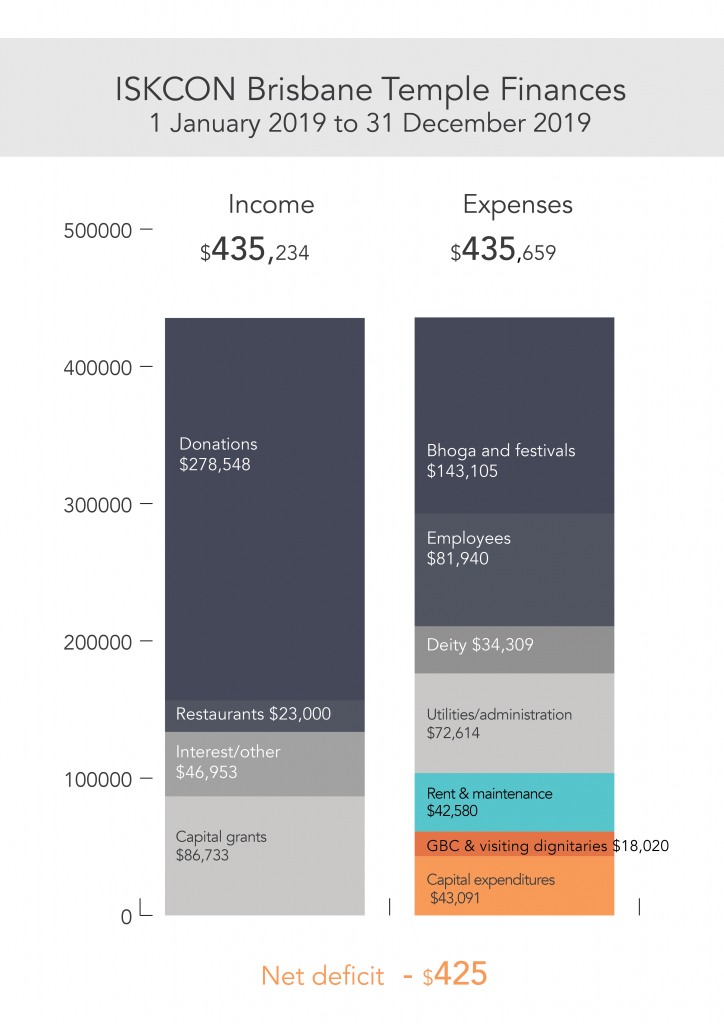 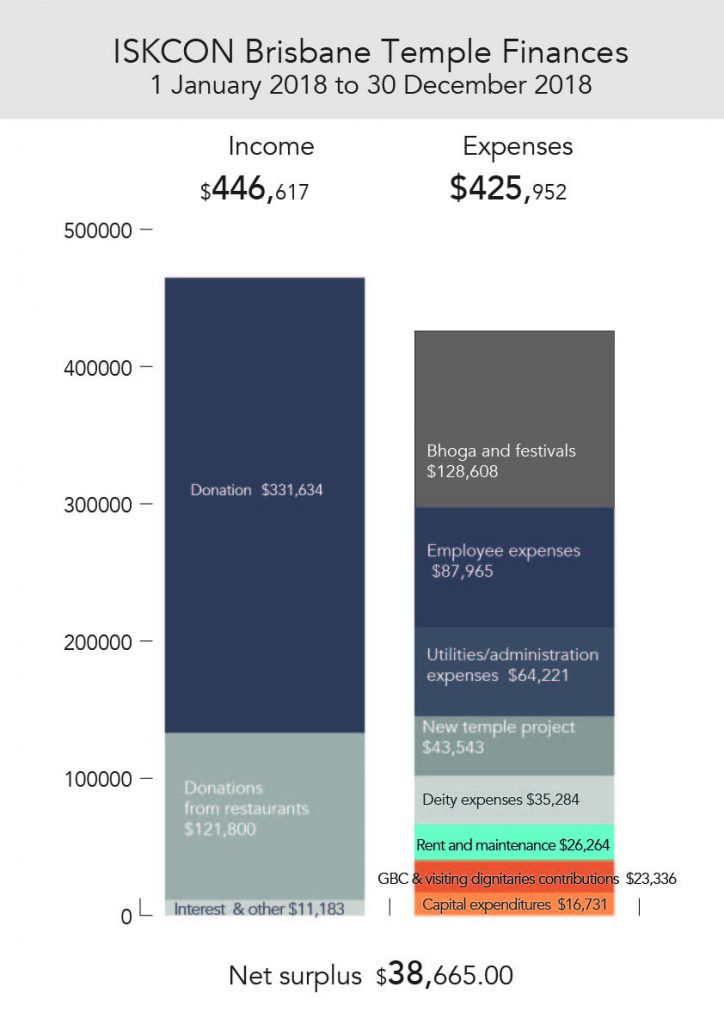 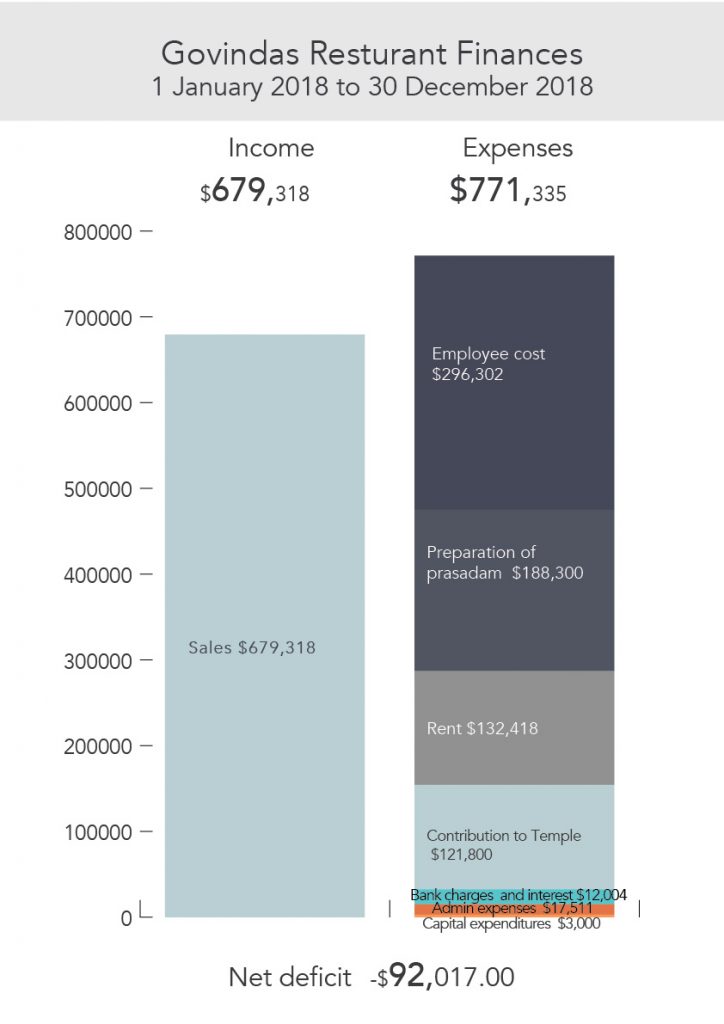 In 2017 ISKCON Brisbane received almost $19,000 less in donations from the community and more than $34,000 less in total income than in 2016. However considering this, as well as the rising costs, overall the accounts are still in a stable condition.

In 2014 a Darwin property owned by ISKCON Brisbane was sold and of the income from the sale, $450,0000 was initially placed on deposit and approximately $155,000 remains in the account.  The amounts withdrawn have funded the renovations of the City restaurant, funding of the temple expenses during the last three years where the funding from restaurants was lower as they paid off the overdraft.

The three Govinda’s Restaurants (CBD, West End and The Valley) performed quite well in 2017. However in 2016, the CBD location had to move from Elizabeth Street to George Street as the building on Elizabeth Street was sold by the owners. The new George Street location required significant renovations of over $160,000 and was funded partially from an overdraft of $90,000 was taken out to finance this. This overdraft has now been paid off.

But if you, as part of the ISKCON Brisbane community, support the important initiatives of ISKCON Brisbane by contributing just a small amount daily, then together we will be able to improve and expand our services in service of Srila Prabhupada and Sri Sri Gaura Nitai.

We aim to have 200 members of the community making regular contributions by the end of 2019. To get involved, please visit out donations page. 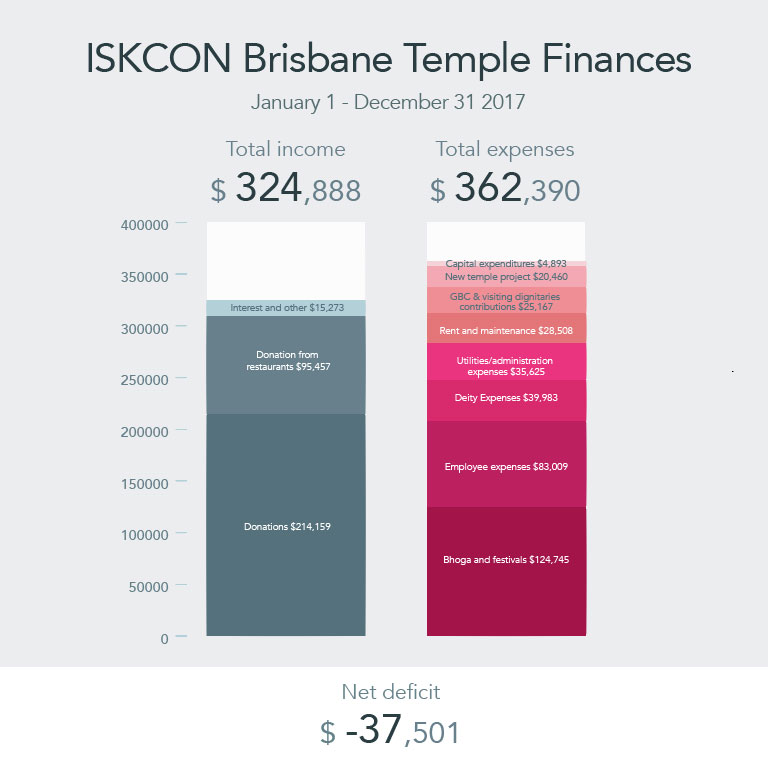 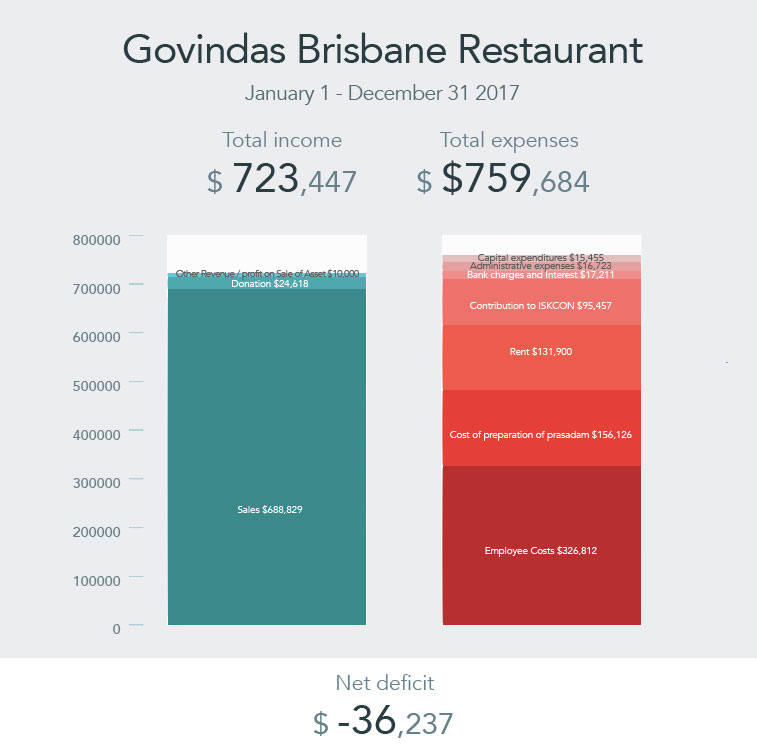