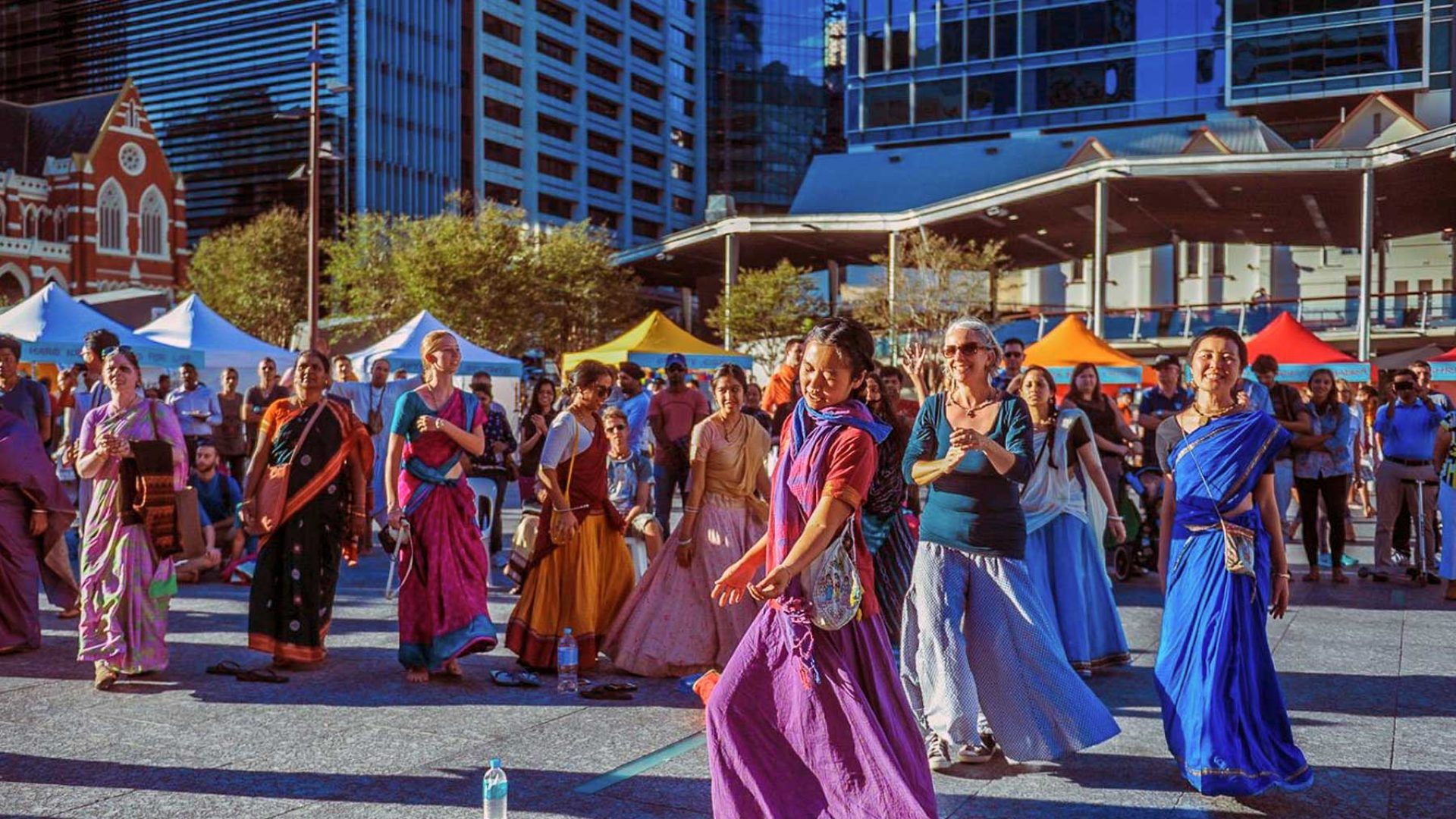 What is Hare Krishna? Depending on the context in which the term is used, “Hare Krishna” could mean a number of things, including (but not limited to):

Hare Krishna is the beginning of the Hare Krishna mantra, a prayer meant for reviving our relationship with the Supreme Person:

Often translated as, “O Lord, O Energy of the Lord, please engage me in your service,” it is a nonsectarian call to God in the Sanskrit language that can be chanted by anyone for spiritual benefit.
More about the Hare Krishna mantra

Hare Krishna also denotes the teachings of Krishna consciousness, which recommend devotional service to God as the goal of life and the most direct path to genuine spiritual happiness. All souls have a permanent relationship with the supreme soul, and the Hare Krishna teachings are meant to provide a framework for understanding and acting in that relationship.
More about Krishna consciousness

Hare Krishna also literally means “everything that exists.” Krishna is a name for the Supreme Person, who is the ultimate source of all energies. “Hare” is a way of addressing Krishna’s divine energy, also known asSrimati Radharani, the feminine aspect of the Absolute Truth. Everything that exists is either Krishna Himself of Krishna’s energy. So, when you say, “Hare Krishna,” you’ve literally said it all.
More about Srimati Radharani

Hare Krishna is also widely used by Krishna devotees as a greeting (similar to Hawaiians’ use of “aloha” as “hello” and “goodbye”), as an all-purpose exclamation expressing either joy or grief (with the same sense as the Yiddish ‘oy vey’ or the English ‘whoopee’), as a means of attracting attention (replacing ‘hey, you!’), or even as a condolence. These are merely a few examples of the term’s universality. Since “Hare Krishna” (as mentioned above) means literally everything that exists, there’s no limit to how many ways it can be used. All other phrases have limited use, whereas Hare Krishna can mean anything at any time, at least to Hare Krishnas.